This year’s conference, entitled “A holistic approach to menopause care: HRT and beyond”, was held at the Royal College of Physicians, London on 5 and 6 July 2018. 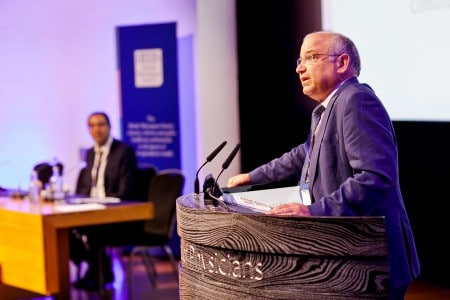 Mike Savvas, joint chair of the conference programme planning group, welcomes delegates to the 28th BMS Annual Conference at the Royal College of Physicians in London 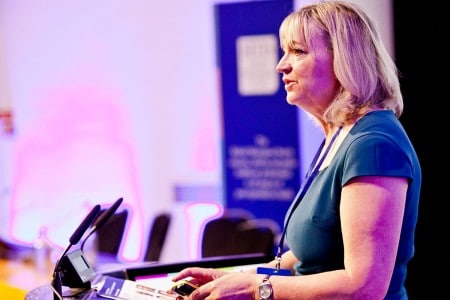 Kathy Abernethy, Chair of the BMS, delivers hot off the press session 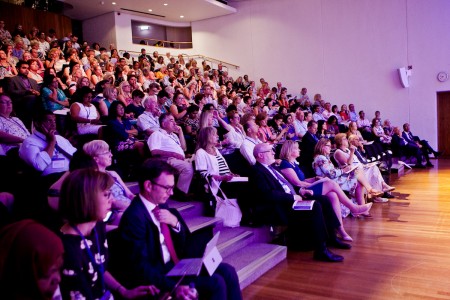 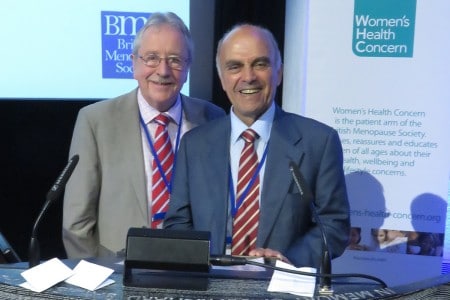 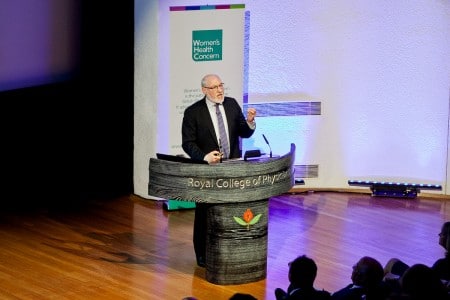 Professor James A Simon delivers the BMS Annual Lecture: Micronised progesterone in HRT: what does the evidence say? 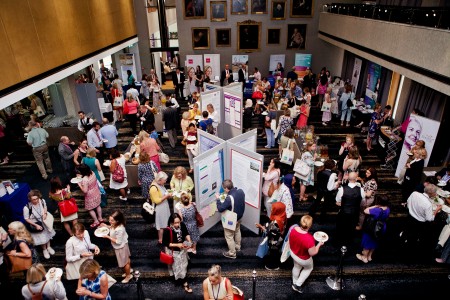 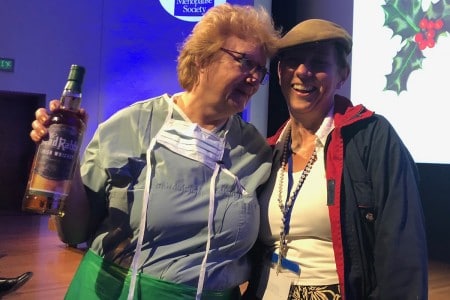 Joan Pitkin and Heather Currie debate: This house believes that menopausal women receiving HRT should be advised to undergo hysterectomy to benefit from estrogen only HRT instead of combined HRT 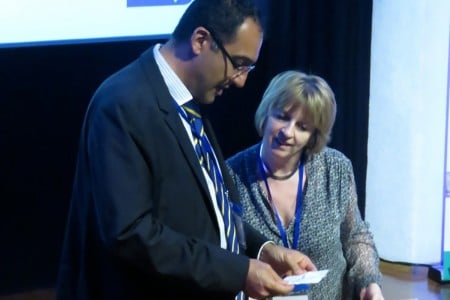 Haitham Hamoda, joint chair of the conference programme planning group, draws the winning ticket in the prize draw. All proceed to go to the BMS education fund, providing grants for BMS members

The 28th BMS annual conference once again took place at the Royal College of Physicians on 5 and 6 July. For the first time in more than 10 years, the conference was a sell-out. This was encouraging and indicative of the increased awareness of menopause and post reproductive health in the media and the reawakening of interest amongst healthcare professionals. Membership currently stands at 815 – the last time the Society had over 800 members was in 2008 – another encouraging sign.

I know a small number of members tried to book during the week before the conference and were very disappointed to learn that there were no places left. In future, we will contact you before opening registration to the public. This will give you the opportunity to book early and guarantee your place.

The programme received many plaudits this year, not least for its strong international presence. We were pleased to welcome Professor James A Simon from Washington to give the British Menopause Society Annual Lecture and Professor Andrea Genazzani who delivered the Pat Patterson Memorial Lecture. We also welcomed Dr Marianne Canonico from Paris and Professor Peyman Hadji from Frankfurt.

The International Menopause Society invited session was to have featured Professor Serge Rozenberg and Professor Johannes Bitzer. Serge arrived safely on Eurostar and delivered his lecture. However, Professor Bitzer found himself grounded at Basel airport when his flight was cancelled and no other flights were available. Nick Panay jumped into the fray and gave his own lecture (scheduled for Friday) and Mary Ann Lumsden, President of the IMS, gave Johannes’ lecture in Nick’s slot on day two. All very complicated, but a respectable compromise given the circumstances.

Thanks to all our speakers: Professor Richard Anderson; Professor Scott Nelson; Professor Peter Collins, Mr Michael Dooley; Mr Arvind Vashisht and Dr Fiona Lewis. Whether from the United States, Europe or the four corners of the United Kingdom, all our speakers not only delivered superb lectures, but travelled from far afield to give them, ex gratia. Our policy, in line with other medical charities and societies, is to pay expenses, but we do not offer fees. This policy applies throughout our education programme.

Mention must also be made of this year’s debate: This house believes that menopausal women receiving HRT should be advised to undergo hysterectomy to benefit from estrogen only HRT instead of combined HRT. Joan Pitkin, fully gowned, spoke for the motion and Heather Currie, in flat cap, wellies and boiler suit, spoke against. The session was chaired immaculately by Kathy Abernethy and Joan managed to increase her vote share, but ultimately Heather won the debate. A significant number of delegates cited the debate as ‘One of the highlights of my day’.

Overall, the evaluations were very positive. Although this year, the Menopause Café produced a somewhat ‘Marmite’ reaction: many saying ‘best ever’ and ‘At last you’ve cracked it’. Some others felt it wasn’t long enough and that the groups were too big. The groups were bigger this year because of the sell out and the number of break out rooms available to us at the RCP. We will make sure this is addressed when we return to Chesford Grange next year.

Overwhelmingly though, delegates felt that the conference was well-organised, interesting and instructive and almost all sessions and speakers received 4s and 5s. The words ‘outstanding’, ‘inspiring’ and ‘informative’ seemed to crop up regularly, which is encouraging. Mike Savvas and Haitham Hamoda, joint chairman of the programme planning group (PPG) and the PPG members Heather Currie, Jane Davis, Amanda Hillard, Anne MacGregor, Lynne Robinson and Vikram Talaulikar are to be congratulated on securing excellent speakers and putting together a first class programme.

A selection of the many tweets coming out of the conference:

The psychological symptoms of #menopause are often the most debilitating, and unexpected, for women. #HRT is the first line treatment, not anti-depressants. #Lifestyle advice should also be given #BMSConf18 #BMSConf2018 #talkmenopause pic.twitter.com/nbDulUAFsJ

⁦@mymenopausedr⁩ Dr Louise Newson talking about the importance of recognising premature ovarian insufficiency (POI) and treating it appropriately. 1 in 100 women under 40 are affected and should not be denied tests and treatment. #bmsconf18 ⁦@thedaisynet⁩ #Menopause pic.twitter.com/wWnVQ4Mn3j

Many young women are being told they are too young to have premature menopause and not getting the right treatment for #POI @thedaisynet #bmsconf18 #bmsconf2018 https://t.co/zwAiTKyR1U

This is such an important quote. Women who have the right menopause care are more likely to stay away from doctors and enjoy their lives @rcgp @HelenRCGP @redditchrachel #BMSconf18

L Newson @mymenopausedr: important not to forget issues around contraception and fertility for women with early #menopause #bmsconf18 pic.twitter.com/1rGRj7H9cg

Loud applause for Prof Andrea Genazzani’s superb lecture “#HRT : body and mind health, a fantastic opportunity for women” #bmsconf2018 #talkmenopause “We’ve given women a longer life, so we need to give them a healthier & sexier life” ⁦@BrMenopauseSoc⁩ pic.twitter.com/iYOB2mGUn1

Have you heard of the zombie idea? An idea that should have been killed by evidence, but refuses to die? So true about HRT and the various myths still depriving many women of a great option #bmsconf2018 pic.twitter.com/dJaocWJF6R

facebooktwitterlinkedinEmail
We use cookies to ensure that we give you the best experience on our website. If you continue to use this site we will assume that you are happy with this.OKMore about cookies