Brain consequences of early removal of the ovaries (oophorectomy) were eloquently described with a clear message that oophorectomy before the age of 48 increases the risk of cognitive decline and dementia. However adequate estrogen replacement blocks the accelerated ageing effect. In the past many women have had oophorectomy at the time of a hysterectomy and there may still be good reasons for this procedure, but if this is carried out before menopausal age, then estrogen replacement should be seriously considered.

Regarding the use of HRT for brain protection in women experiencing natural menopause, there appears to be a strong protective effect when HRT is taken in women aged less than 50, a moderate protection in women aged 50 to 59, but a possible deleterious effect if HRT is started later at age more than 65, fitting in with the “window of opportunity” theory which also applies to cardiovascular protection from HRT—start early for maximal benefits.

Results from the ELITE trial, which primarily looked at early versus late initiation of HRT effect on cardiovascular function, also reported on effects on verbal memory. No difference was seen whether between estrogen and placebo whether estrogen was started within 6 years of the menopause or after 10 years. We cannot therefore rely on HRT to protect against or improve verbal memory, but if it is taken for control of menopausal symptoms, we do not need to be concerned that it will have a worsening effect.

Regarding effects of HRT and cardiovascular system, it was confirmed that all types of HRT reduce cholesterol, but there are some differences in effects of different types and routes of estrogen and progestogens on types of cholesterol, triglycerides, insulin resistance, vascular function and vascular plaque formation and stability.

Breast cancer risk continues to cause women and healthcare professionals concern when considering HRT. It was confirmed that studies to date show no increased risk when HRT is used for less than 5 years and that there has been no proven effect of HRT on breast cancer mortality. Little, if any risk from using estrogen only and that different progestogens seem to have different effects. Also confirmed, increased breast cancer risk from being overweight, more than 15g alcohol per day, smoking (including passive smoking) and that exercise reduces risk.

For both cardiovascular and breast effect, being aware of differences in types and routes of hormones is important but overall, the main consideration is which best suits each woman. 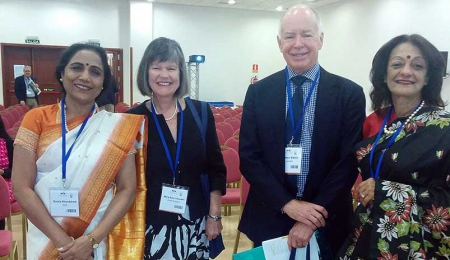 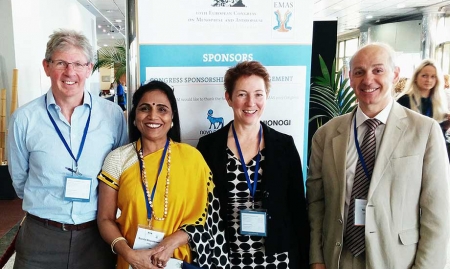 FacebookTwitterLinkedInEmail
We use cookies to ensure that we give you the best experience on our website. If you continue to use this site we will assume that you are happy with this.OKMore about cookies